I’ve said it previously … and I’ll say it again: I love using my iPhone for photography! It’s not just having a conveniently-sized digital camera in your pocket, but it’s the apps to edit the photos, and the wifi & 4G internet connection to upload shots and share them with the world wherever you are … even with frozen fingers atop some of the highest mountains in Oz.

I’ve wondered for a while why the pocket digicam makers haven’t incorporated Android (or Apple) operating systems and touch screens with their wifi? Then you could carry a better camera around to snap photos on the fly, edit in Photoshop Express or VSCO directly on the camera, then upload to Instagram when you get to a wifi hotspot. I wonder if the Canons, Nikons and Sonys would have kept selling lots of point-and-shoot digital cameras, rather than lose ground to iPhones, Samsungs and iPod Touches, if they had features like that?

While you’re pondering these things, take a look at some photos that I’ve shot, edited and now posted on WordPress all via my iPhone. Technology is marvelous.

Click on the photos to open up a gallery…

What a view from the top of Mt Perisher.

Winter hit the high country, with snow covering much of the land around The Alpine Way. 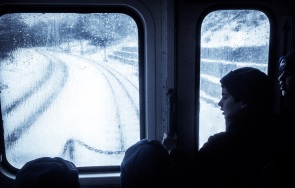 When you don’t have chains, catching the Skitube to Perisher makes life much easier.

Catching a train up to the snow reminds me of my time at the Garmisch glacier GAP Camp.

About to enter the earth…

So frozen and windblown up top, I thought I was on Planet Hoth.

The Mile High 2015 riders meeting in the fog.

Staying at The Station for the duration of The Mile High is a little bit like school camp. Pod land.

About to drive into a super-intense microcell storm on the Monaro Hwy. 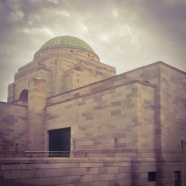 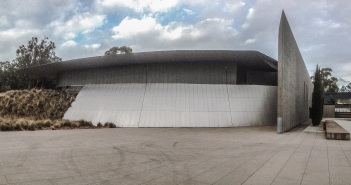 Japan has got to be one of the best places to travel with a camera –  the hyper-industrialised cities, bright lights of the shopping districts, old temples and shrines, not to mention the epic snowscapes. Japan is full of epic visual scenes. And so it was a dream to finally be able to visit Japan this year … for snowboarding, and photography.

Along with what Apple likes to tell us is the “World’s most popular camera” in my pocket at all times, I travelled to Japan with my new Canon EOS 1D Mark IV, a pocket Canon Powershot AS3300 IS and a funny Russian panoramic 35mm film camera, a Horizon Perfekt. Have you had a look at the quick little blog posts of my iPhone photos from Tokyo and Kyoto? Well, here is a selection of my non-iPhone snaps.

I bought the old fashion, fully mechanical Horizon Perfekt from Lomography, and this trip in February was my first real chance to use it (besides one test role). The Perfekt uses a swing lens that moves left-to-right to project a 120-degree-wide image across almost two normal frames of 35mm film. As with any film, and particularly as I wanted to cross-process Fuji slide film, using the Perfekt was a little bit hit or miss – but that’s the fun of film! I took along a digital light meter to try and take some of the exposure setting guesswork out of it, and some of the results came out great.

As it’s taken me so long to post these extra non-iPhone photos, I think in future I’ll travel on non-photographic trips with just the little phone, and maybe a film camera for fun. I hope you enjoy these photos, as much as I enjoyed taking them.

Lanterns at a Kyoto temple.

A traditional restaurant facade in Kyoto.

A couple of locals enjoy the Kyoto sunset dominated by Hokanji pagoda near the Gion district. (Yasaka no To Pagoda)

Niseko trees during a blizzard.

Niseko trees during a blizzard.

Niseko forest during a blizzard. 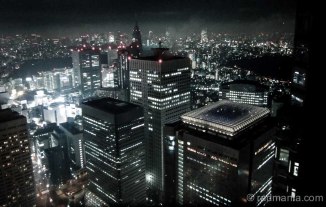 Inside a Manga shop in Akihabara.

Looking up in downtown Tokyo.

The guard towers along the moat at the Tokyo Imperial Palace.

A security guard (or cop) cycling round the Tokyo Imperial Palace gardens. They love their old school Euro-style uniforms in Japan.

A well-dressed local on his lunch break in the ruins of the tower at the Tokyo Imperial Palace.

Tokyo skyline from out front of the Train station.

Shibuya Crossing (from inside Starbucks).

All asleep on the Tokyo subway.

To see more from Japan take a look at my iPhone shots from Kyoto and Tokyo.

I just wanted to say thanks to everyone who has checked out my blog, looked at the photos, read the articles and posted comments. I’ve been really happy with the level of interest it has generated over the last 12 months…and here is a summary:

The stats helper monkeys at WordPress.com mulled over how this blog did in 2010, and here’s a high level summary of its overall blog health: 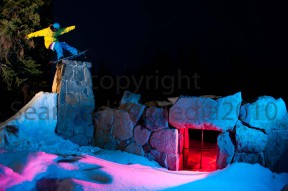 The average container ship can carry about 4,500 containers. This blog was viewed about 16,000 times in 2010. If each view were a shipping container, your blog would have filled about 4 fully loaded ships.

The busiest day of the year was March 1st with 575 views. The most popular post that day was RadichVan2010_OC_TheEnemy.

Where did they come from?

The top referring sites in 2010 were facebook.com, philly.com, popmag.com.au, snowboardermag.com.au, and digg.com.

These are the posts and pages that got the most views in 2010.

So, thanks again guys,