iPhones make it all too easy! In fact nowadays I hardly bother taking my pocket Canon digital camera with me, let alone my new Canon EOS 1D mark IV. So I thought I’d try posting a blog directly from my iPhone with photos from a recent roadtrip from Melbourne to the Gold Coast and edited using just the phone’s auto-enhance & panorama function as well as Instagram, Luminance and Pic Jointer apps. 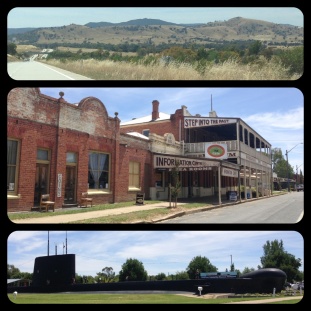 Hume Hwy/Holbrook. Why is there a Submarine in the middle of NSW? 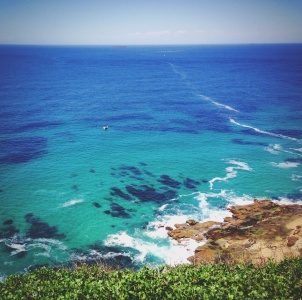 Who said it was a dirty, industrial town? Crystal clear water in Newcastle. 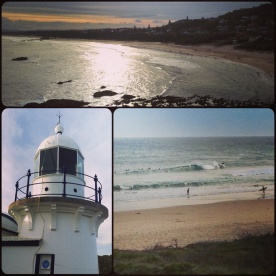 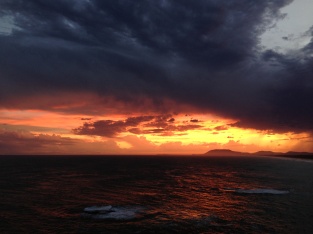 Nature at her finest.

On the road through a scary forest, guided by the moon…

Summer traffic jams in Kempsey. NSW roads are the worst!

Into the blue (and green).

Looks nice here, but a shithole of a town. 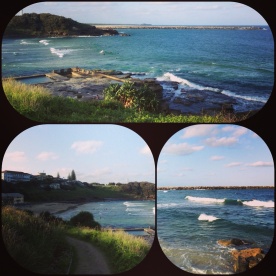 Surf stop in the fading light on the last day.

And the result. Well, WordPress ain’t the easiest beast to tame on a 3 inch touch screen – I couldn’t work out how to change the order of the gallery photos, or caption them. So I think I’ll stick to computer blogging from now on… 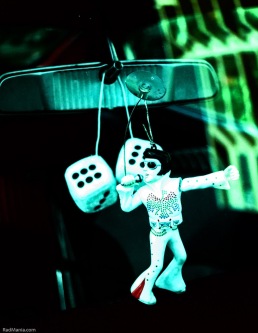 Just a quick entry this time – some film that I took a while ago and only remembered to get processed and scanned recently.

I took a little Minolta instamatic loaded with some Kodak ektachrome 100VS, and then got the film cross-processed at Prism Imaging in North Melbourne. What that means is, as this was slide (or transparency) film, it was processed using the normal C41 chemicals that the regular “negative” print film would be processed in. Naturally, the end result is a little bit of a gamble, and i’ve found that the type of slide film you use has a huge impact on the shots – some come out very pink tinged, others greenish or blue, and here, super contrasted, yet mostly naturalistic colours.

It’s interesting to compare the hit-or-miss nature of film, versus the digital shots I laboriously post-processed with Lightroom in my previous entry. You will see many of the shots are very similar in composition, as I was just walking around for an hour or so snapping away with both cameras I was carrying, and I sort of wanted to compare the end results.

And if you want to see more film and cross-processed shots I’ve taken, click here.

Over the Queens Birthday Long Weekend, while the southern mountains were covered in new snow and the air filled with grinding of chairlift gears and whoops of skier delight, up on the Southern Gold Coast, the air was filled with the sounds of rumbling bored-out V8’s and meaty exhausts. The Wintersun Festival made its last annual appearance at Coolangatta, filling all the streets with classic cars and hot rods, lots of folk in rock ‘n’ roll outfits and beehive hair (yes, Elvis era rock ‘n’ roll, not Guns ‘n’ Roses style, unfortunately).

It was pretty cool to see Coolangatta busy again, awakened from its winter slumber…but it did make it a pain in the arse to find a park for the surf during the week. Over the weekend half the roads were closed for street concerts, or just clogged with Ray Ban-wearing old dudes bubbling along in their gleaming labour of loves, and with very little surf around the best place to hit was Duranbah (the mosty northerly beach in NSW), and fortunately the traffic had scared off the water crowds…but unfortunately not all the smelly surf hippies.

I’ve always been a car fan, not so much for the very old hot-rod style rigs, but more the beasty 70’s American and Aussie muscle cars. On all the old cars the details and all the chrome is spectacular, much different to sleek modern cars (unless of course you buy one of those hideous HSV GTS). The Friday before the Long Weekend I managed to find a prime parking spot opposite the beach – as you can see in the above photo, my organge beast fits in quite well between the classics…but I did shit myself trying to reverse park it between those extra long cars, not wanting to even nudge the metalwork with so many car lovers around!

I spent half an hour walking the streets checking out all the cars – my favourite was the deep blue Chevy Camaro SS…until the owner took 5 spluttering, coughing attempts to start it. While these old cars look cool, there’s nothing like the reliability, safety and handling of new beasts – and to see how far they’ve come in 40 or so years, compare the Ford Mustang engine bay versus the Ford Falcon blown engine we saw out at the Holden Driving Centre that same weekend. Which would you rather own?

Like any good country town, they love their cars up here – take a look at the “Green Gremlin” XR8 and “Fully Sic” ute I spied round the streets recently! There are a few rice rockets clogging up the roads with their wheezing turbo boosts, but really, the Goldy locals love nothing more than a classic Falcon or Holden V8. And I can understand why…I too have a soft spot for big Aussie donks.

Over the long weekend we drove up past Dreamworld and Movieworld through the endless sugarcane fields to the Holden Driving Centre as El Rad was fortunate enough to score a seat in a V8 hotlap! El Rad had given a two-person passenger pass in a V8 for his mate A-Fin’s recent 21st birthday…and when A-Fin’s dad couldn’t make it, El Rad put his hand up to live out his Mark Webber dreams. I just went along for the ride and to listen to the sweet, sweet sound of thundering V8 engines reverberate across the open grassland. And driving a 6-cylinder Ford Falcon myself, I was happy to see all the other hotted-up Falc’s on show. I could have upgraded to a second-hand supercharged XR6 Bullet 400kw custom rocket, but I didn’t have a spare $38,000 for the asking price. It was nice to take a look though.

Although a couple of the cars were stickered-up and pimped-out, they weren’t quite the real deal V8 Supercars you see on TV, however the Falcon that the guys got to take a ride in was a slightly de-tuned former racecar…and it had a spartan interior to match. And you can see from the smile on the boys faces they were pretty pumped after a few laps round the track.

So here are just a few photos of the fun. I realised that using a fast 1000th of a second shutter speed didn’t really capture any feeling of the speed of the cars, particulalry as I couldn’t get all that close the corners. So I took a couple shots at 100th of a second and panned the camera to get some background motion blur and wheel spin. And the final shot even has some exhaust flame out the back. Cool. I can still hear the rumble of engine and exhaust in my head right now…