A few weeks ago the director of The Australian Slopestyle Tour called me up asking if I could help out with some media services for both The Mile High by Carlton Dry at Perisher and Stylewars at Falls Creek. He had me at hello …. beer!

It was great being back in the epicentre of the snow scene, with the best snowboarders and skiers in the world congregating on Jindabyne for their off-season, and our winter. Charles Beckinsale, had helped fashion an epic and inventive slopestyle course in Perisher’s Front Valley, and with all the big dawgs in town, the level of snowboarding (and skiing) was way beyond what has ever been witnessed in this land. I was primarily employed by Rich Hegarty to help write the press releases and add to social media, but of course I couldn’t be surrounded by all this snow-shredding awesomeness without giving my new-ish Canon EOS 1D Mk IV a work out.

Perisher’s slopestyle course is always a bit tricky to shoot, and I certainly took my best photos at the ol’ stomping ground of Falls Creek’s Ruined Castle terrain park during Stylewars. But it was a nice change to be able to act as a second shooter, alongside ANZ Snowboarding Magazine’s Alex Roberts, in order to cover all the action across the park. And it was a pleasant surprise to see The World Snowboard Tour use my shot of winner Kyle Mack for their news article.

A great two weeks filled with fun and friends … and quite a bit of that free Carlton Dry. It was so good to be back!

For a closer look, click on the photos to open them up in a gallery… 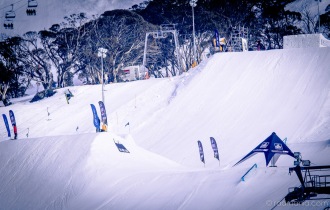 Billy Morgan at The Mile High. 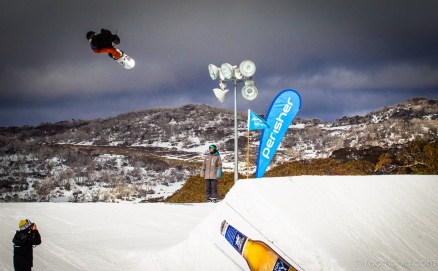 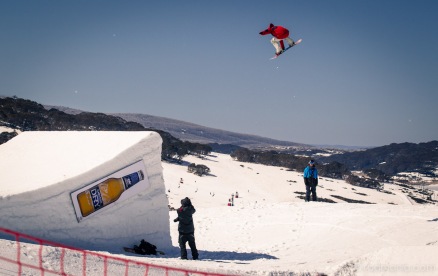 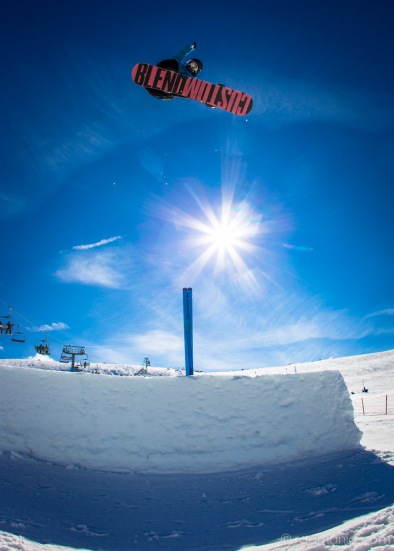 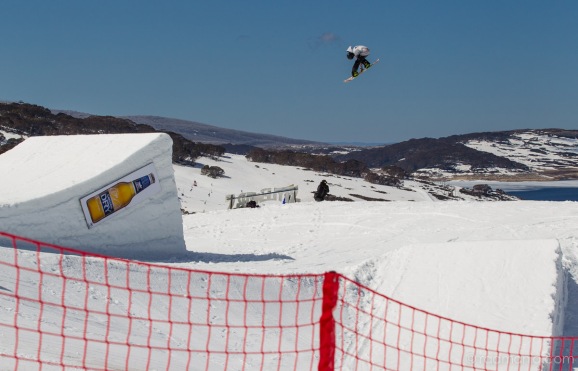 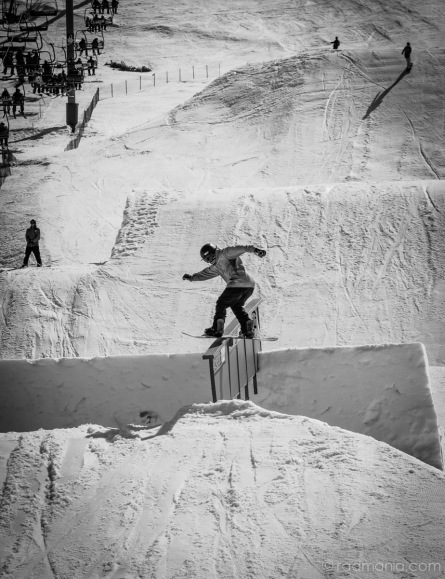 Will Mayo front board.

Darcy Sharpe high in the sky. 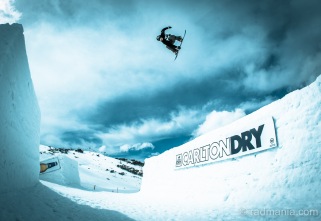 Mats Kulisek in front of a moody sky. 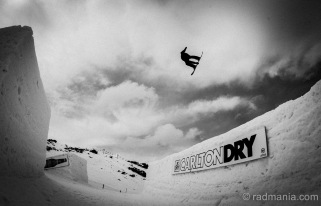 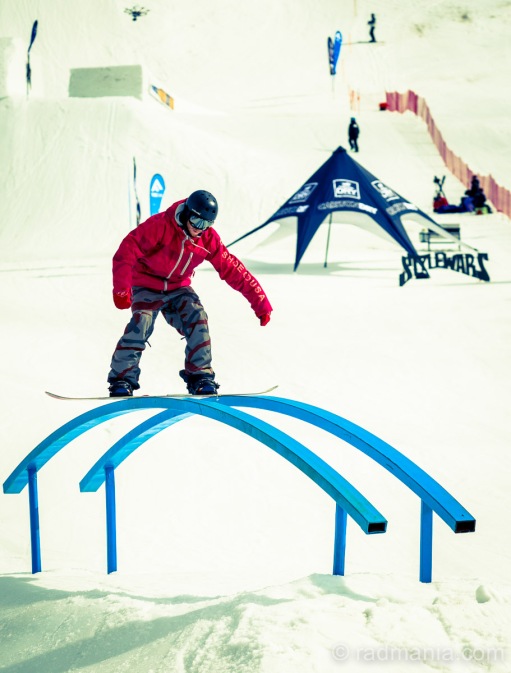 Logan Short wowed by the appearance of double rainbows. 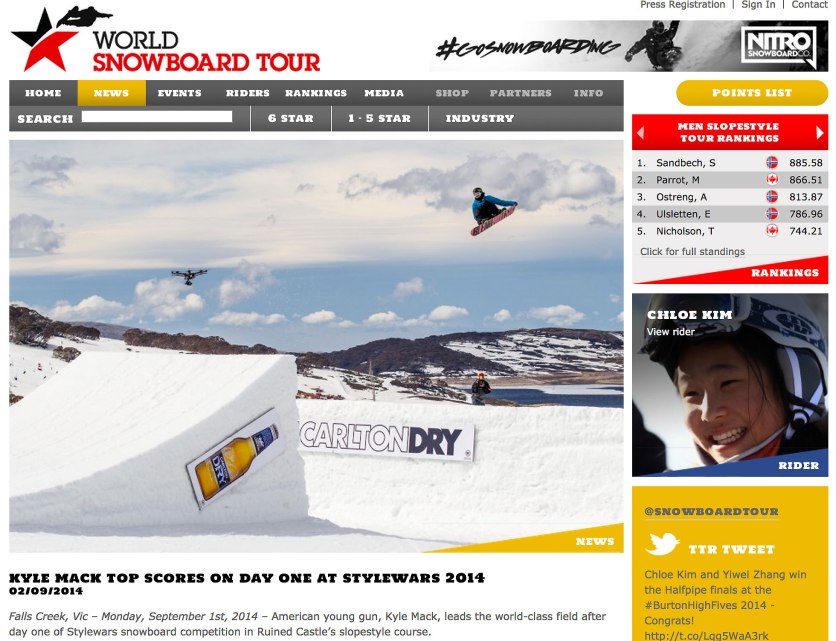