Earlier this month I made the big financial leap to invest in another portable flash system from the Swiss masters at Elinchrom. I sourced two Elinchrom Ranger Quadra Hybrid AS RX powerpacks with Standard (S) flash heads from a US retailer, and the brand new Elinchrom EL-Skyport Plus HS transmitter from an Aussie store. I will be shooting primarily snowboarding with this killer kit, but wanted to give the high-speed flash-sync capabilities a test drive before I head off overseas. 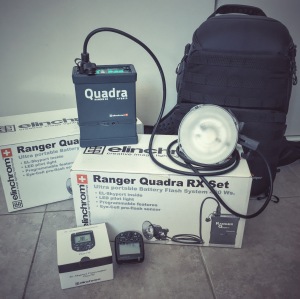 The big advantages of this system are:

So to test, I dragged my brother to the local primary school basketball court in the afternoon. It was a pretty rushed shoot, but really I wanted to get a quick idea of how well this Elinchrom system can capture the action, darken the background, and what the range of the wireless transmitter was. And the result of the test? I love it! Easy to use, great range, quick flash refresh times. It’s going to make all my future photo shoots so much easier to set up.

So for those that are interested, I’ve included the settings by which the photos were taken. All shots were under bright, but cloudy daylight settings, with post-production editing in Lightroom. Click on the photos to see them larger.

For more information about the Elinchom Ranger Quadra Hybrid AS RX click here. 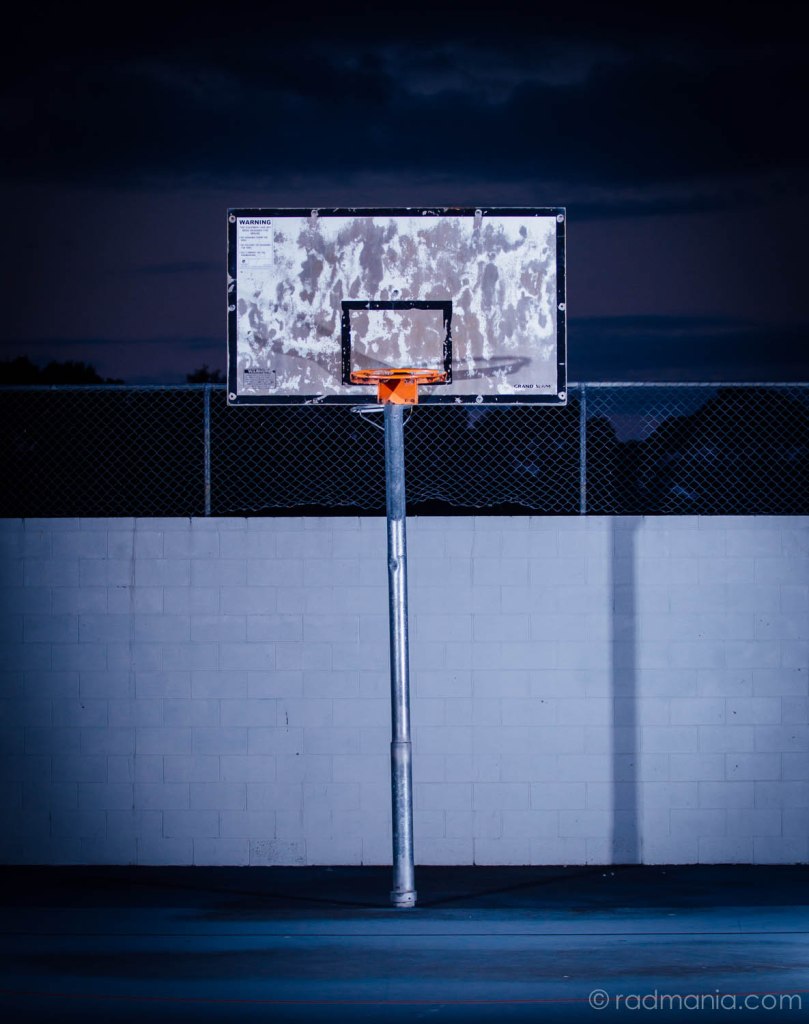 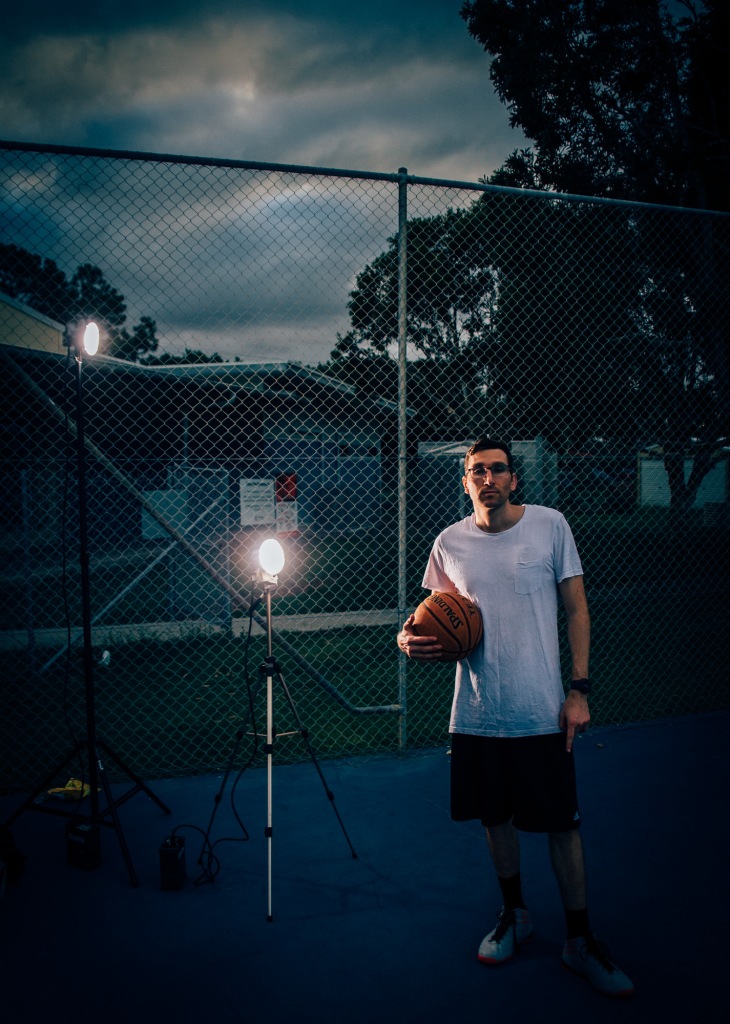 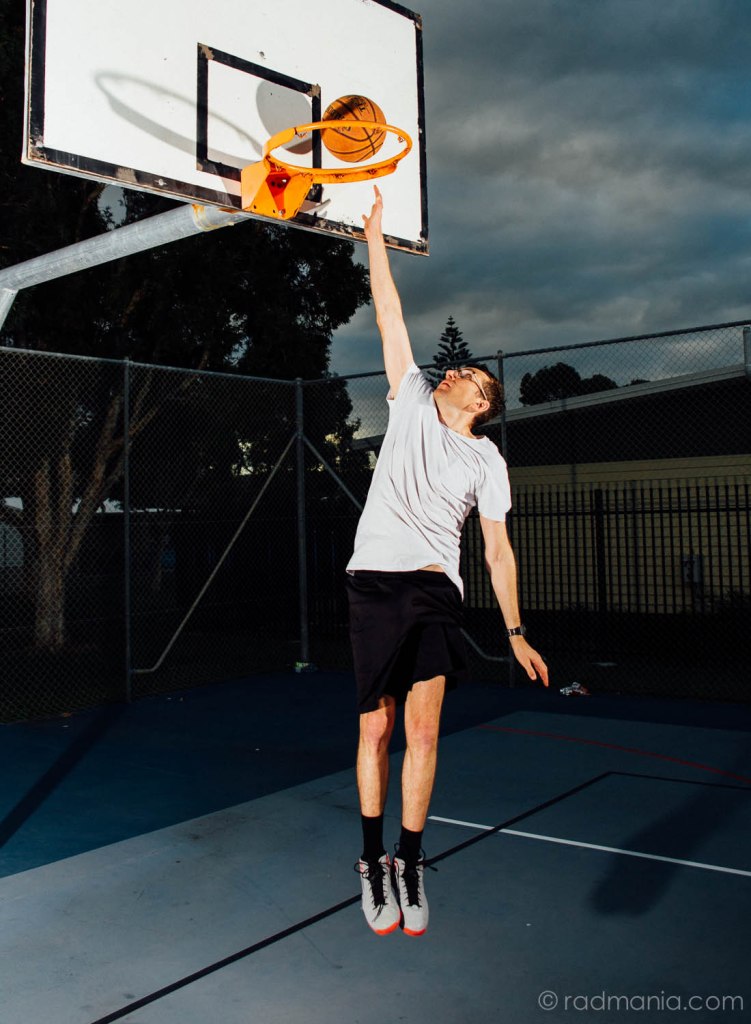 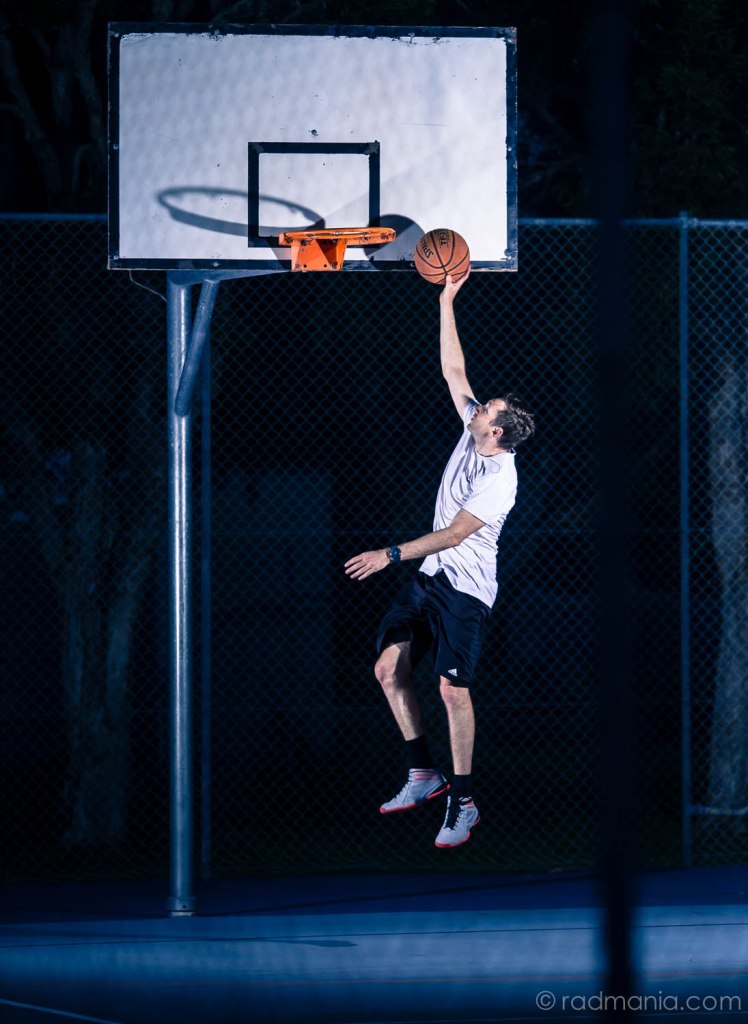 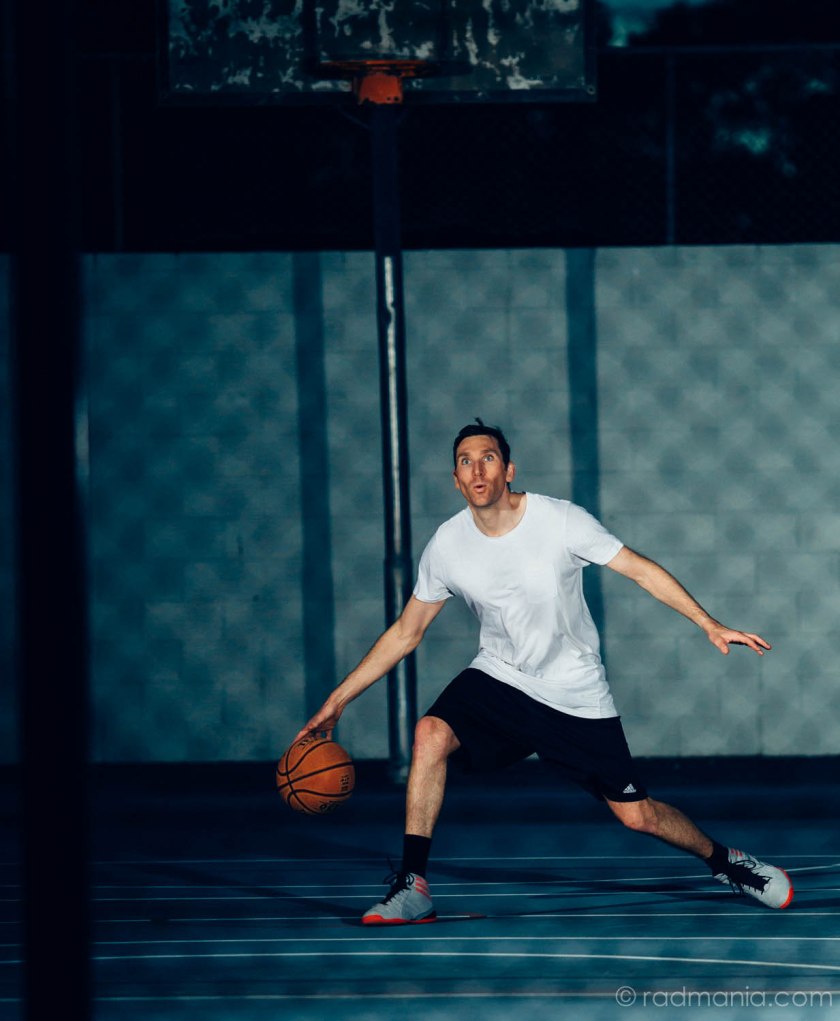 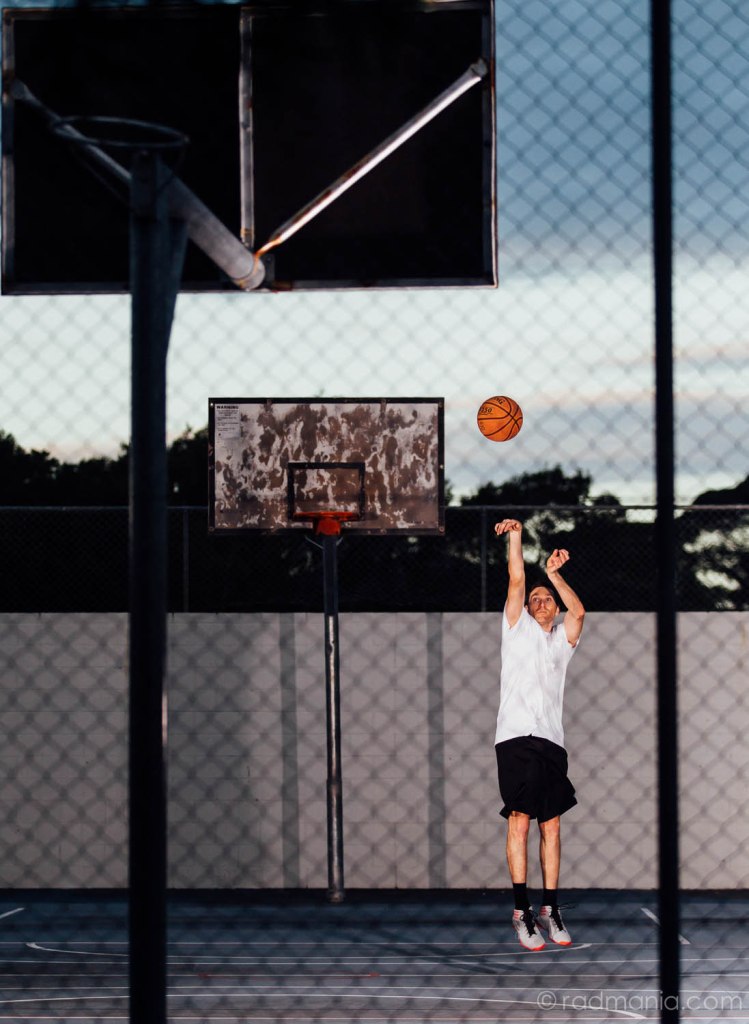 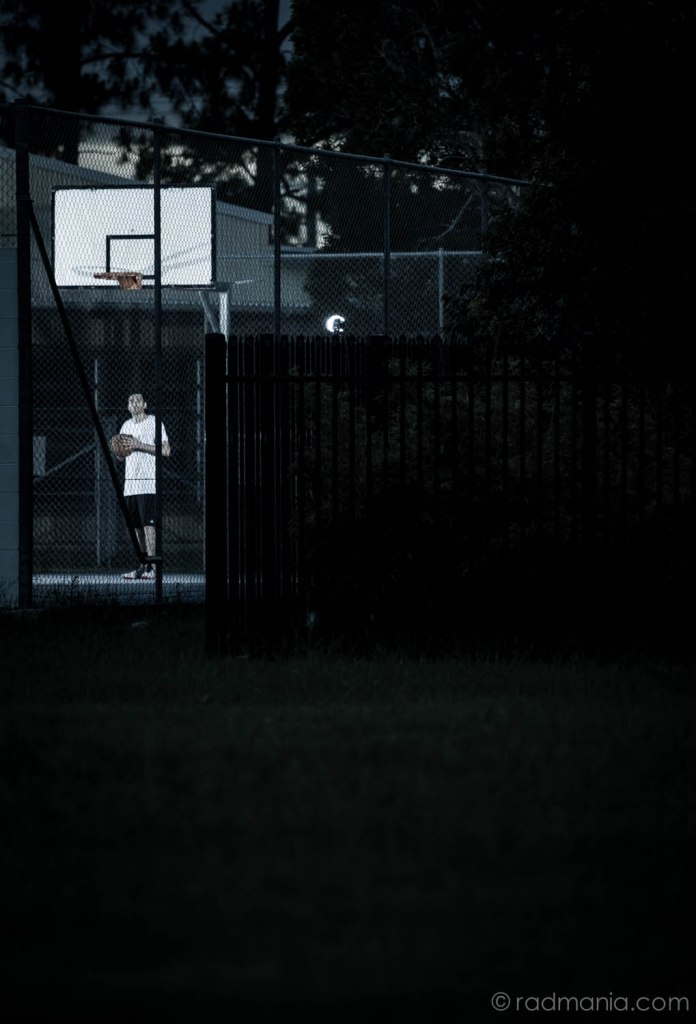 Moody. Testing the range of the transmitter. This was taken about 100m away, through a cyclone-wire fence, and around a brick wall and wooden fence. A few more metres away and the flash didn’t fire. 1/2000 sec at f2.8, ISO 400. 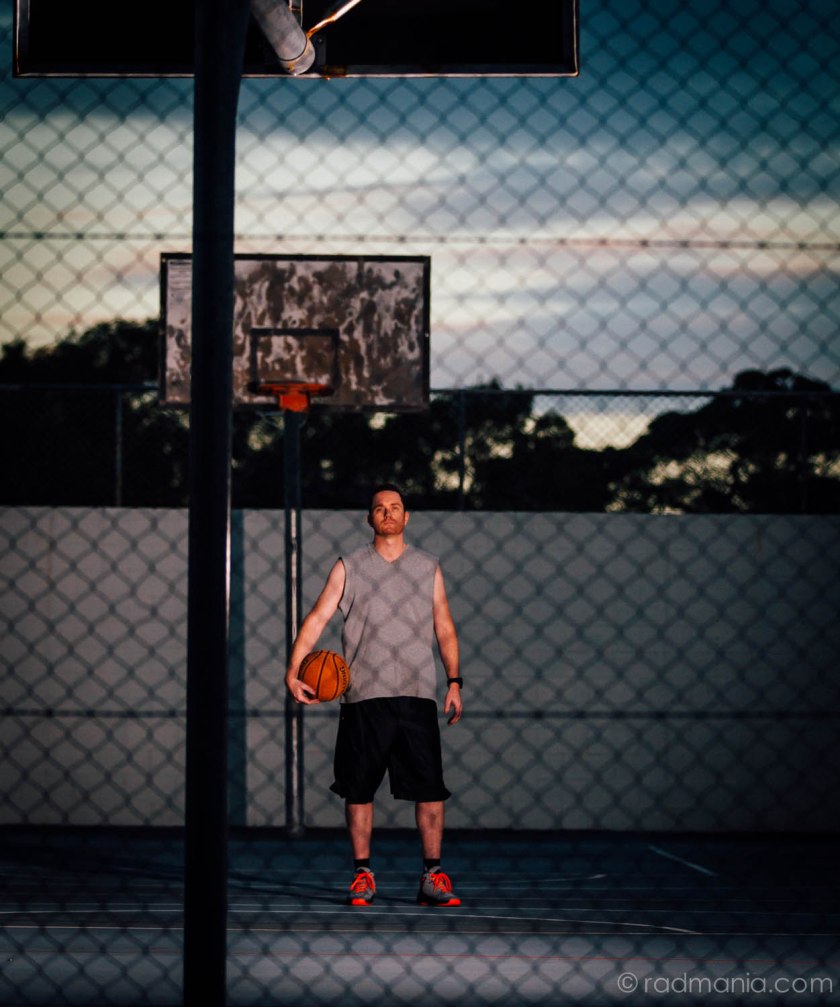 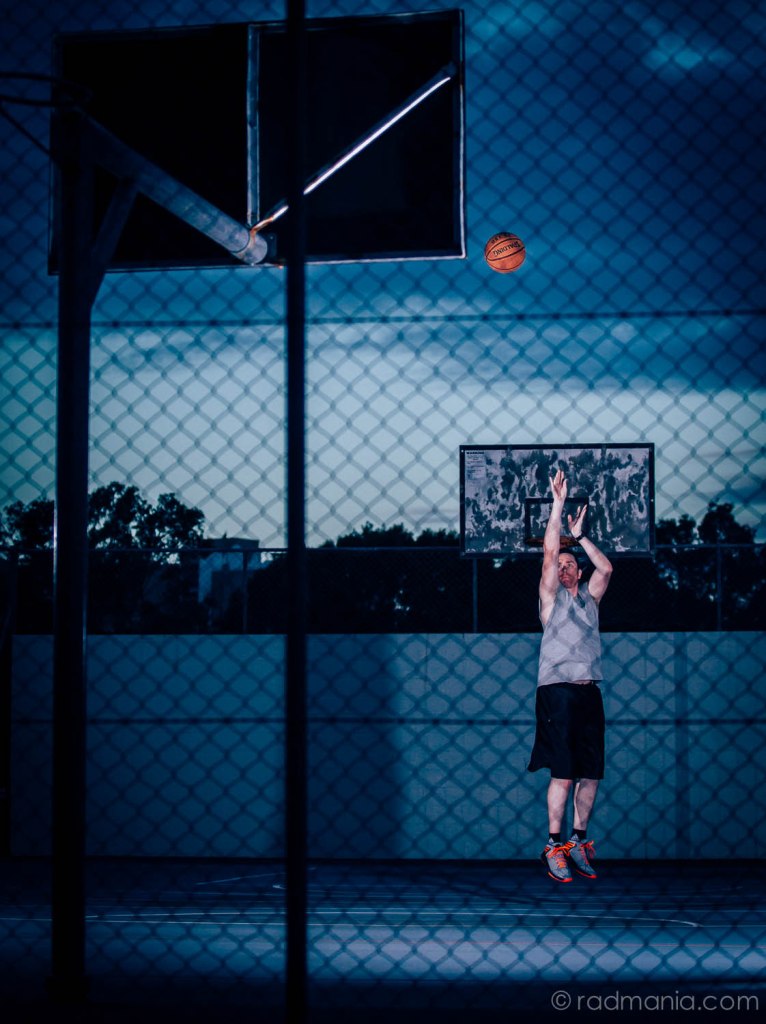 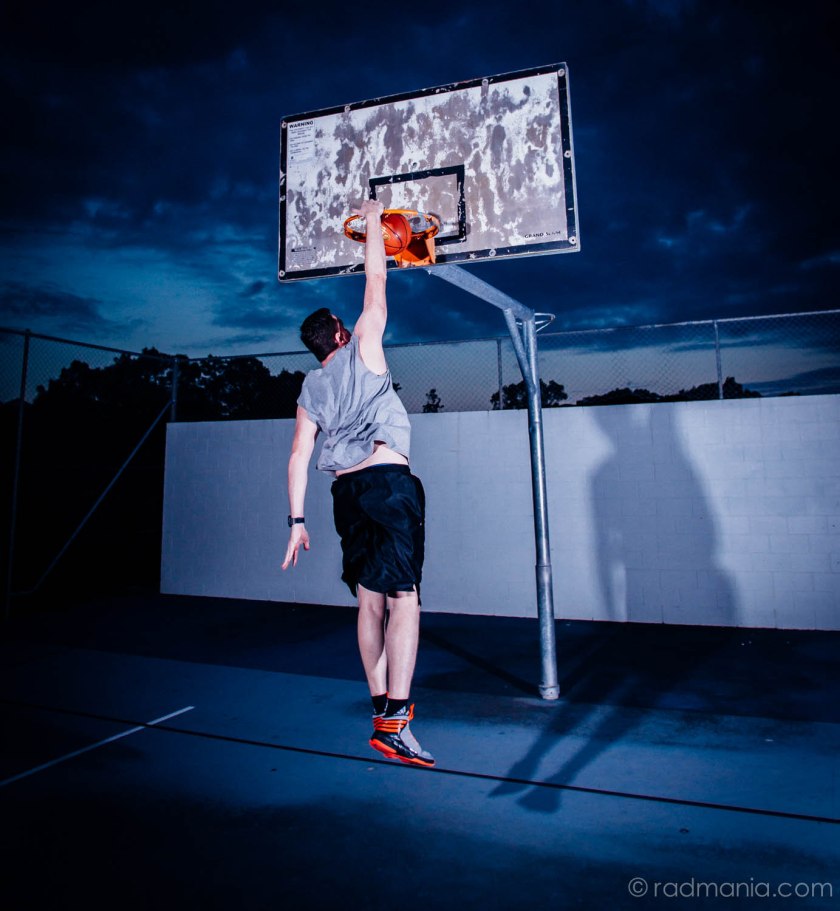 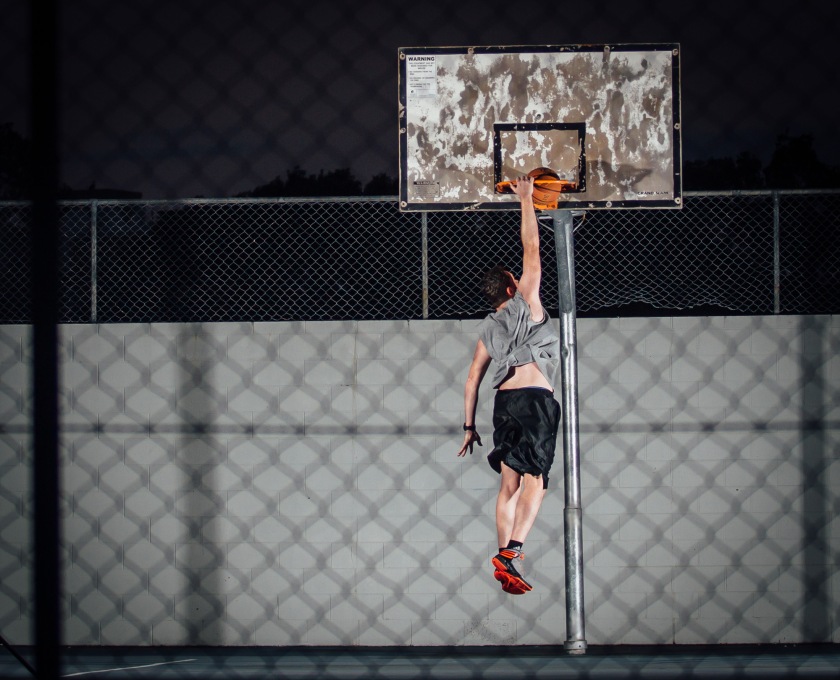